27 February 2017 in Stories & Interviews No Comments

DRESS FOR YOUR DREAMS IN LA LA LAND, how vintage and modern collide 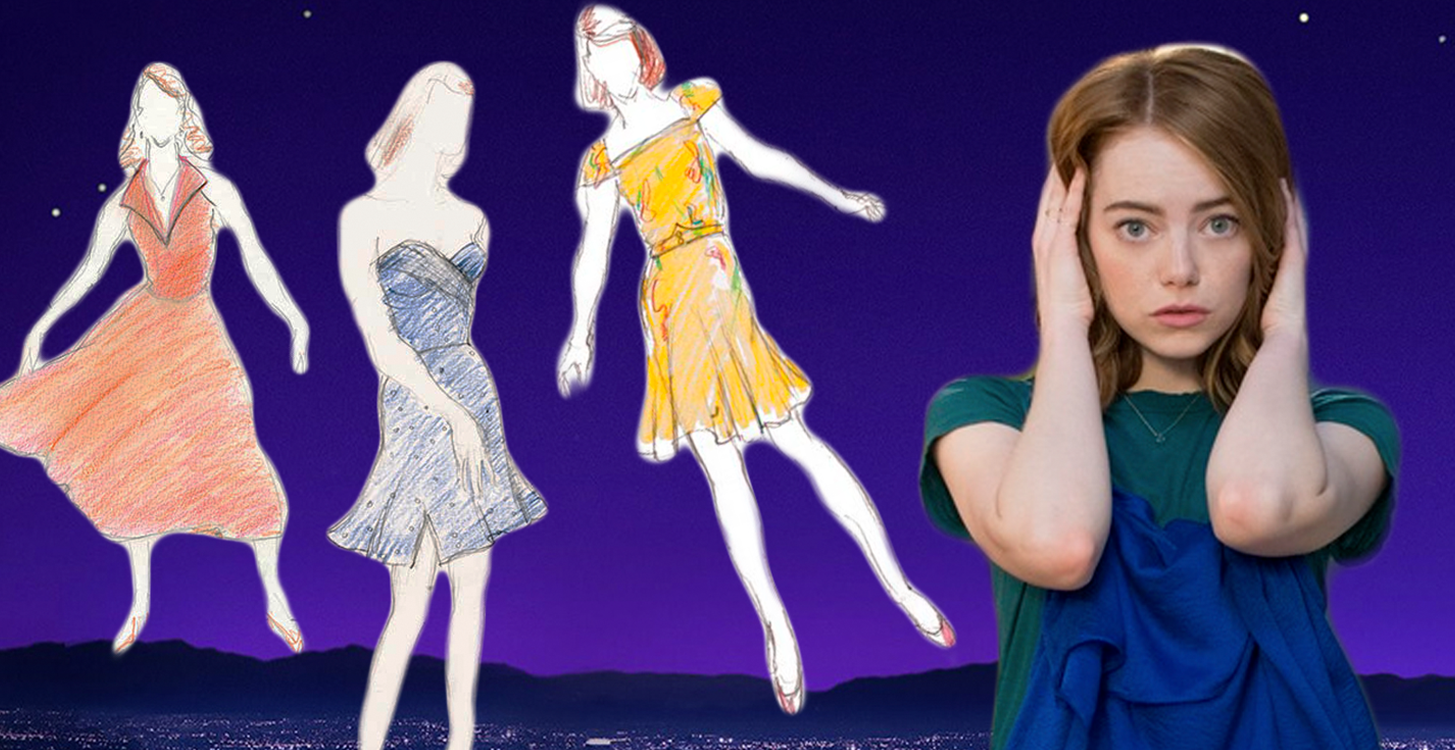 At this moment I imagine you have read maybe, just guessing, a few articles, tweets, received text messages from your mom and your best friend about how great is the movie La La Land, and yes, it is very good (so good that it has won many awards this season) and although it is not the cup of tea for everyone, it is the milkshake that connects us with our purest feelings, of course our dreams are going to come true and of course that these eight hundred calories in ice cream, cream and cherry will not let me put my new pants on, so lets go!.

When I went to see La La Land, I must confess that I had already fallen in love with just watching the trailer of the movie and because I am an optimist an dream’s believer, obviously I went with many expectations to watch it. I must say that I do not know how the whole team managed to unite the fantasy, real situations and musical moments without getting us bored in the attempt or worse, without our minds guessing a centimeter of the narrative and the end of it (I am still in shock And I need to keep talking about the movie with anyone who has been stung by the film, hit me up!)

Apart from the story and all the glory of the film, one of the things that captured me was the costume design of it. The classic and always well-dressed character Sebastian (Ryan Gosling) what he wears throughout the movie said a lot about him and what he wanted to defend: the traditional and formality of being a musician and to bring others the knowledge of Jazz in a slightly better known environment.

Mia (Emma Stone) on the other hand, from the beginning we find her in a wardrobe in which not even the character is comfortable with, and that is of being a waitress while trying to pursuit her dream of being an actress.

Then when she goes to the audition she does not feel comfortable with herself, she already got coffee poured into her and she finds herself in a room of thousands of girls equal or seemingly better looking than her.

In the film it is repetitive the fact that she seeks to look different, wear something that catches attention, until she is working proactively in fighting for her dreams, that we see the change in shades, prints and the comfort of the character (which tells us so much about the evolution in its story).

All of this is no coincidence, the costumes should follow the stories and scenery of the film, and according to custom designer, Mary Zophres (Nominated for the Academy Award for Best Costume Design), all of this was very well studied from the beginning.

The director of the film, Damien Chazelle, created a short film with scenes of movies like Strictly Ballroom and Singin’ in the rain. The intention was to get everyone involved with one foot in reality and another in fantasy. The coordination of the costumes colors and accentuated colors in the scenes was a must so to have a very exact color palette in each shot. ” The whole film should feel like something magical could happen at any time. ” Says Chazelle.

With references such as Grace Kelly and Ingrid Bergman for Mia’s character, it takes us to the iconic image created by costume designers such as Edith Head and the importance of the dressmaker to create a clear message through the personality of the character and his clothes.

Mia (Emma Stone) unites past and present, vintage and modern, Dior-style waistlines and halter necklines, and with simple lines with classic cuts, she stole the public’s hearts.

I came out surprised from the theatre to see that many teenage girls came out talking not only about the tears and sighs and how romantic the movie was but about how Mia represented them in many ways.

Occasionally we must go through times when we feel disguised or uncomfortable with ourselves, but it is in this process of finding our voice, that we get to choose what we want for ourselves.

Just like Mia, many times we do get what we want, not as we would think of or not even with who we though of but isn’t it delightful to look into each others eyes and feel fullfiled and greatful that despite the noise of the outside, all along we got it inside us, and it is worthwhile to have a dreamers heart.