25 January 2017 in Stories & Interviews No Comments 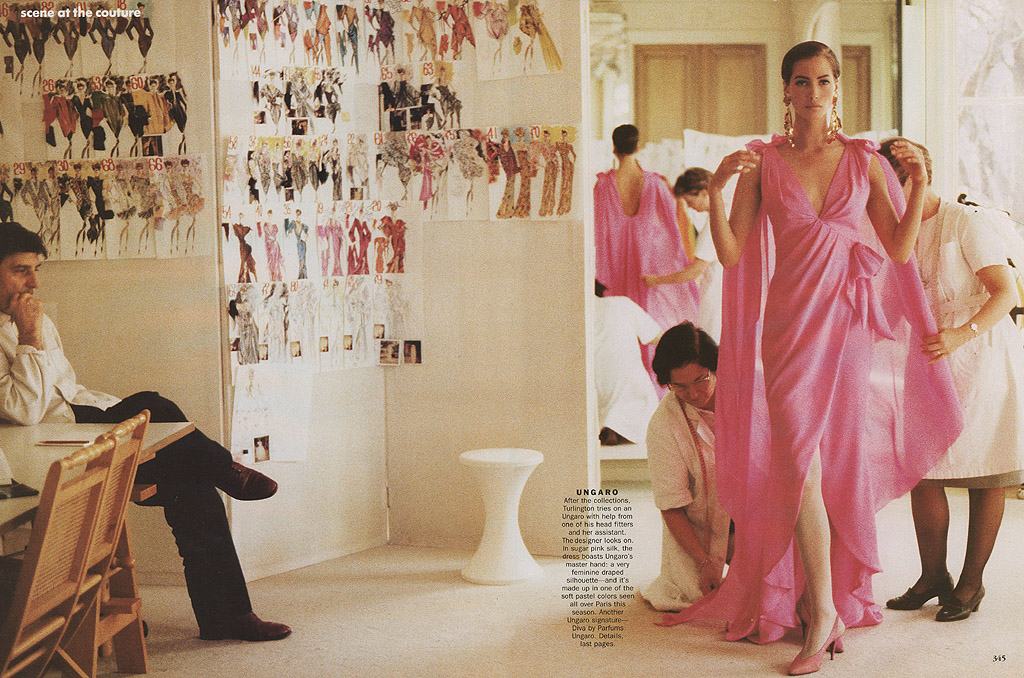 With haute couture week just around the corner you may ask yourself, when did all of this started? Well before it, I think its pertinent to first give the real definition of it all: ‘’Haute couture is high end fashion that is constructed by hand from start to finish, made from high quality, expensive, often unusual fabric and sewn with extreme attention to detail and finished by the most experienced and capable sewers, often using time-consuming, hand-executed techniques.’’ Thanks wikipedia for that one.

Haute couture traces its beginnings to the 1800’s when an english man named Charles Frederick Worth (yup, no french dress makers yet) decided that he wanted to make elaborated gowns to woman of socialite. He gave himself the name of ‘’fashion designer’’ as opposite to a ‘’tailor’’ which he was before this idea occurred to him, he created the first fashion house and established it in the city of Paris. Then the Le Chambre Syndicale de la Haute Couture made some strict rules to make sure any designer who wanted to make haute couture clothes followed them. From exclusive designs and fit for each client to hand-made experts only (with expertise in stitching, beading and embroidery, just to name a few skills) working in the ateliers. They must present thirty five or more pieces per collection that includes daytime and evening wear and it must be presented to the paris press.

The actual haute couture week was private salon shows that you would attend with an invitation only. Most of the fashion houses decided to give out these invitations to woman of french socialite. The official fashion houses members of the Le Chambre were a hundred and then it dropped to just nineteen in recent years since the costs  to maintain the ateliers plus more than twenty staff members per house are very high. Lot of other things are said to blame about this, from the strict rules from Le Chambre to mass produced fashion that gets cheaper and designs that get copied each day and people seem to prefer to buy such clothing.

Some of the remaining houses trace their shows to 1820’s through 1850’s until today as is the case of Chanel, Christian Dior, Balenciaga and Balmain. Their shows were ones of the most expected, magazines staffers traveled to Paris just to cover what was in fashion, just like now days, but without the immediacy of social media. This epic moment created the most interesting stories as like Gabrielle Chanel sitting in the fifth step of the ladder from her apartment where she watched her shows and observed the attendance’s reactions to her collections, Christian Dior and his superstitions, like one of his model had to have tons of lilies walking down the show and Hubert de Givenchy inviting the actress Audrey Hepburn to model one of the designs, it made everyone drop their jaws as the doe eyed woman graced the public and so on until today when everybody still waits for magical moments created now by the actual creative directors of today in such houses.

The shows today have changed in many ways, some houses don’t even showcase in Paris, they may choose a foreign place that goes according to the message of their collection and some don’t even participate in it as recently Versace’s decision. The market has also changed from french socialite to Russia, China and Middle east new comers clients, the brands had to change silhouettes, fabrics and situate their campaigns according to this new audience.

Fashion can run so fast and so far today but haute couture isn’t interested in sweating it out, this is a tradition, a craft and a job to so many people. The elegance, importance and valuable acquisition of couture designs it’s a luxury that certainly not everyone can buy but that we all admire, it is the representation of how many beautiful things are created from the trip of one’s mind and landing to be molded by hands and that’s how the magic of this so expected week begins.